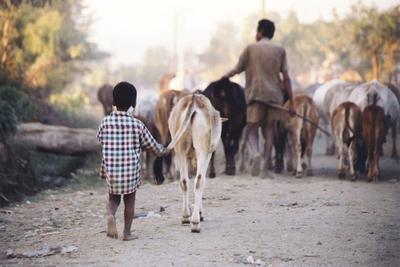 A documentary film is a non-fictional, motion picture intended to "document reality, primarily for the purposes of instruction, education, or maintaining a historical record".[ Documentary has been described as "a filmmaking practice, a cinematic tradition, and mode of audience reception that is continually evolving and is without clear boundaries".[ Documentary films were originally called actuality films, and were one minute, or less, in length. Over time, documentaries have evolved to be longer in length, and to include more categories; some examples being: educational, observational, and docufiction. Documentaries are meant to be informative works, and are often used within schools, as a resource to teach various principles.

Social media platforms, such as YouTube, have provided an avenue for the growth of the documentary film genre; These platforms have increased the distribution area and ease-of-accessibility; thereby, enhancing the ability to educate a larger volume of viewers, and broadening the reach of persons who receive that information.

Polish writer and filmmaker Bolesław Matuszewski was among those who identified the mode of documentary film. He wrote two of the earliest texts on cinema Une nouvelle source de l'histoire (eng. A New Source of History) and La photographie animée (eng. Animated photography). Both were published in 1898 in French and among the early written works to consider the historical and documentary value of the film.[3] Matuszewski is also among the first filmmakers to propose the creation of a Film Archive to collect and keep safe visual materials.[4]

In popular myth, the word "documentary" was coined by Scottish documentary filmmaker John Grierson in his review of Robert Flaherty's film Moana (1926), published in the New York Sun on 8 February 1926, written by "The Moviegoer" (a pen name for Grierson).[5]
Grierson's principles of documentary were that cinema's potential for observing life could be exploited in a new art form; that the "original" actor and "original" scene are better guides than their fiction counterparts to interpreting the modern world; and that materials "thus taken from the raw" can be more real than the acted article. In this regard, Grierson's definition of documentary as "creative treatment of actuality"[6] has gained some acceptance, with this position at variance with Soviet film-maker Dziga Vertov's provocation to present "life as it is" (that is, life filmed surreptitiously) and "life caught unawares" (life provoked or surprised by the camera).
The American film critic Pare Lorentz defines a documentary film as "a factual film which is dramatic."[7] Others further state that a documentary stands out from the other types of non-fiction films for providing an opinion, and a specific message, along with the facts it presents.[8]
Documentary practice is the complex process of creating documentary projects. It refers to what people do with media devices, content, form, and production strategies in order to address the creative, ethical, and conceptual problems and choices that arise as they make documentaries.

Documentary filmmaking can be used as a form of journalism, advocacy, or personal expression.